The Spinnaker Wrap Around the Forestay 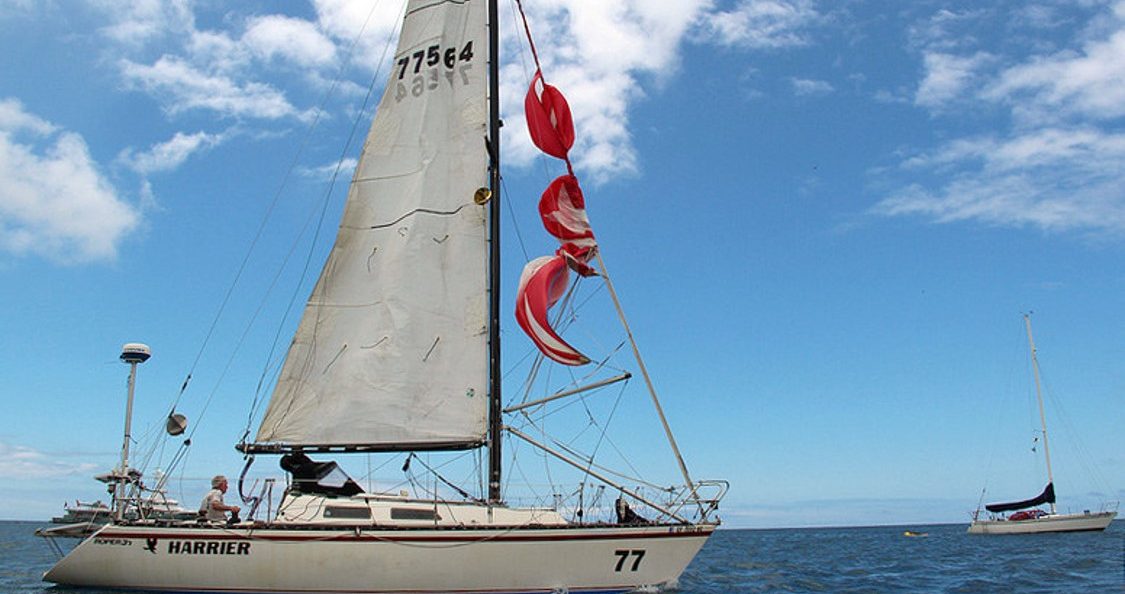 There is one thing that scares people from using a spinnaker than any other thing.  It is the wrap around the forestay.  When this happens, you can’t get the spinnaker down, can’t get the headsail up, and your day can be over.  I have even known boats in a race to anchor behind an island and wait for daylight to untangle by sending someone up in a bosuns chair.

Many years back when we were doing testing on the fastest way to gybe asymmetric spinnaker on J105’s and Melges 24’s we wrapped a lot of spinnakers.  In a buoy race, the race would be over if you had this happen.

So to figure out how to undo this problem we had to find out why it happens in the first place.  So we then sailed around trying to wrap the spinnaker, this to the bystander probably looked more like we were insane.  The wraps did not occur when we had the main down, this was the first clew of what was happening.  We found that the rotor behind the main was causing the wrap to happen.

Is caused by a leeward collapse when the wind swirling behind the main causes a spinning motion of the head or top half of the spinnaker.  As it wraps the wraps start accelerating as it winds and gets closer to the forestay.  Since it wraps in the top part, the head is wrapped around the forestay and close to the halyard exit.  This makes lowering sail fruitless, as it cannot come down.

When this happens the first reaction of most people is to go up on the bow and try to fight the sail around the forestay.  But it wraps faster than you can react or unwind.  It can be very frustrating if not scary.  Especially if you have a lee shore situation.

Since the wrap started with a leeward collapse and sailing low, the first thing to do is to gybe the main and sail low.  You may have to even sail by the lee.  Make sure that the main is eased all the way and you are not backwinding it. 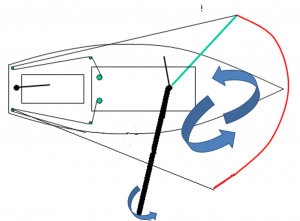 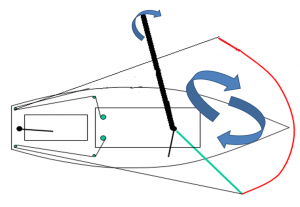 This reverses the wind flow behind the main and will not only stop the spinnaker from wrapping more but will also unwind it.  It will take a few seconds to get it all set up but once you are sailing dead downwind with the main all of the way out you will start to see it unwrap.  As it unwraps be sure to keep an eye out for when the spinnaker is completely unwrapped and head up on new gybe or you will have the spinnaker wrap the other direction.