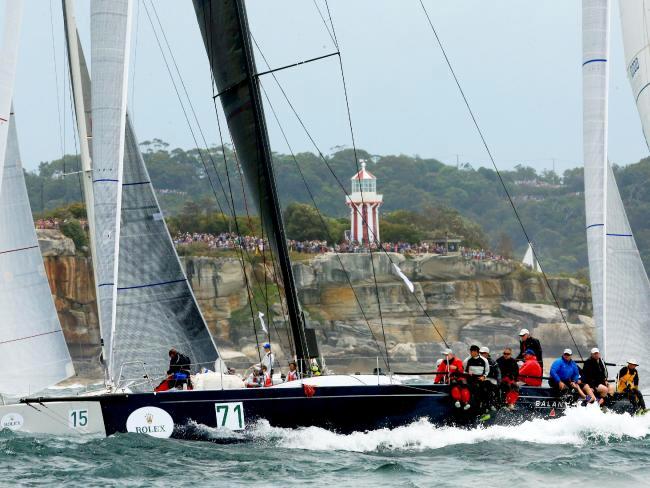 With a record 9 TP 52’s and a collection of 100’ plus racing machines one boat came out on top in this year’s Rolex Sydney to Hobart Yacht Race.  Balance the TP 52 from New South Wales owned and skippered by Paul Clitheroe won not only Division 1 but the overall.  Balance outfitted with almost entirely Ullman Sails beat all the other TP 52’s and was 7th overall across the line.

The Rolex Sydney Hobart Race is a 628 nautical mile race that starts in Sydney Australia to Hobart Tasmania on December 26th.  This year as has happened in the past, a low pressure system came through and battered the fleet.  Over 30 boats retired due to damage.  The intense winds in excess of 40 knots at times lasted about 18 hours before settling down.  This type of weather usually suites the larger boats.

Over the years, the Rolex Sydney Hobart and Cruising Yacht Club of Australia have had marked influence on international ocean yacht racing. The club has influenced the world in race communications and sea safety, maintaining the highest standards for yacht race entry. The club’s members have also fared well in major ocean racing events overseas, with victories in the Admiral’s Cup, Kenwood Cup, One Ton Cup, the Fastnet Race and the BOC Challenge solo race around the word, not to mention the America’s Cup.

Ullman Sails congratulates the team of Balance on a job well done.